A downloadable game for Windows

Grimminghelm is a first person low poly pixelated nightmare where you're trapped in a dark dungeon and evil lurks around every corner. Your only ally is your flashlight but can you break free and evade the demon that scours the halls?

Tip Toe- The tip toe game mode disables the ability to run and sets your walking speed to match the enemy's speed.

Lights Out- The lights out game mode removes all light actors in the game, leaving pitch black darkness and only your flashlight.

Different endings present different tasks which will provide a more unique experience each time around. Scavenge for keys, crack codes and solve riveting puzzles to escape in this one of a kind horror game.

In order to download this game you must purchase it at or above the minimum price of $2.99 USD. You will get access to the following files:

Big shoutout to the Devs for giving me access to the game. Wasn't sure what to think of the game at first, but it's got something going for it! I had alot of fun playing and it definitely is very scary!

One of the finest game i seen after some time. Grimminghelm is a first person horror survival game where we have to escape from our nightmare by solving some puzzles. which are very difficult and hard to understand but spending 1-2hr. in game you will get good idea about the puzzles. It took me 2 days to beat the 1st ending. This is normal end to the story but there are some other endings too. Enemies are to hard to avoid and they sometime pop up from anywhere. first ending is done and looking to find new endings too.

Enemies are really annoying sometime. They have fixed path but sometime they come to us from anywhere make game really hard to complete. I thing there must be some indication to show they are coming or something.

I love the game concept is nice but difficulty is too much bcz of annoying behavior of enemies. Performance on other hand is amazing. Map and environment is nice and spooky .

Reply
Famed Killjoy1 year ago(+1)
Hi there, I'd like to thank you for sending me a game key, it's greatly appreciated!

I've always been a fan of the pixelated art style when it comes to games, so this one definitely caught my eye. The environments are quite nice, with each area varying in style, from the main hall, to the outdoor (I think) area to the torture room, they all look and feel great.

I quite like the atmosphere the game presents, it's dark and your only source of guaranteed light is your flashlight which has a limited amount of energy with a limited amount of batteries scattered throughout the environment. It's not like a lot of other games that give you way more batteries than you could ever need, I felt that I had to use them sparingly to survive. The monster itself is also pretty creepy, especially when you turn a corner and it's almost directly in your face, this makes for some pretty tense moments.

There's really only one thing I don't like about the game, and that's that there isn't any sort of audio indication for the monster. It's pretty easy to know when it's directly in front of you, but some sort of sound to indicate that it's behind you or around you would really spare some frustration.

Also upon my first run through of the game, the monster was bugged, it seems as though it couldn't attack me at all. I'm not sure if I did something to trigger this or this was completely unintentional, I'm going to assume the latter.

Though I didn't make it too far into the game due to my own time constraints, I did enjoy exploring the environments, finding items and slowly piecing together what is I have to do. For reference I played using the standard game mode, just to get a feel for the game.

Thank you for your time and I hope you don't mind that I attach my gameplay video here with my comment.

Cheers and best wishes to you,

Really enjoyed this game. Good to see developers putting effort into an indie horror game. Looks nice and the puzzles aren't super hard but not too easy. I only got through one ending but would love to go back and finish the other endings. Those damn ghosts though!

I know I already told you in email, but your game is Awesome :3 this is very well-done horror, the atmosphere is perfect, the look is great ( i like that you can disable the pixel filter, too ) the puzzle stuff is all good, it brings me back to the old days of stuff liek Clock tower, where you cant fight - you can only run and hide and hope you don;t die, haha.

very good stuff. and this is coming from a person that scoffs at horror games.

Love the art style.  Can't wait to try this out!

So many things you can do in this game I like that!  I also thought it was clever the way you caused the enemies to scare me!

Reply
Neco The Sergal1 year ago

Speedrunners would probably love this so they could zoom by and try to get a low time and high score - though I'd say it needs a bit more love and polish before it becomes super-good. (Like the ghost/enemy not making ANY noise or any notifications of where its at at any time). 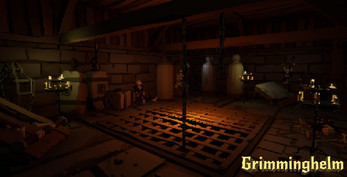 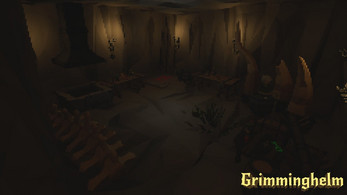 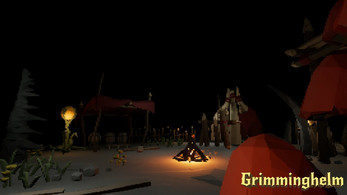 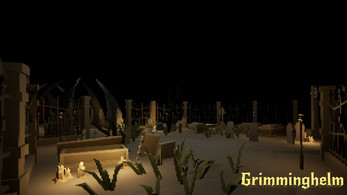 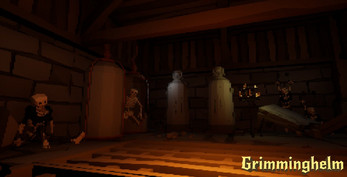 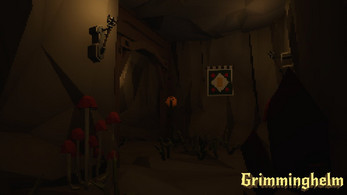